Anything to do with the things that make the music we listen to.
Post Reply
197 posts

Just in case you need some inspiration ....

Check out OG George from 1.27 onwards, that rhythmic build up, awethumness (IMO)

Just for once, I applaud Dave's taste.

pre65 wrote:Just for once, I applaud Dave's taste.

Anyone got 30K spare?

Over the last few months I've been back in touch with the 1st ever musician I ever gigged with.

He's 'gifted' me this instrument. It was what he learned to play on when he 1st got interested in Banjo music in the 70's, he inherited it from Bill or Pete Zorn (I can't remember which). Its a fun, real fun, just making a racket on it is fun... 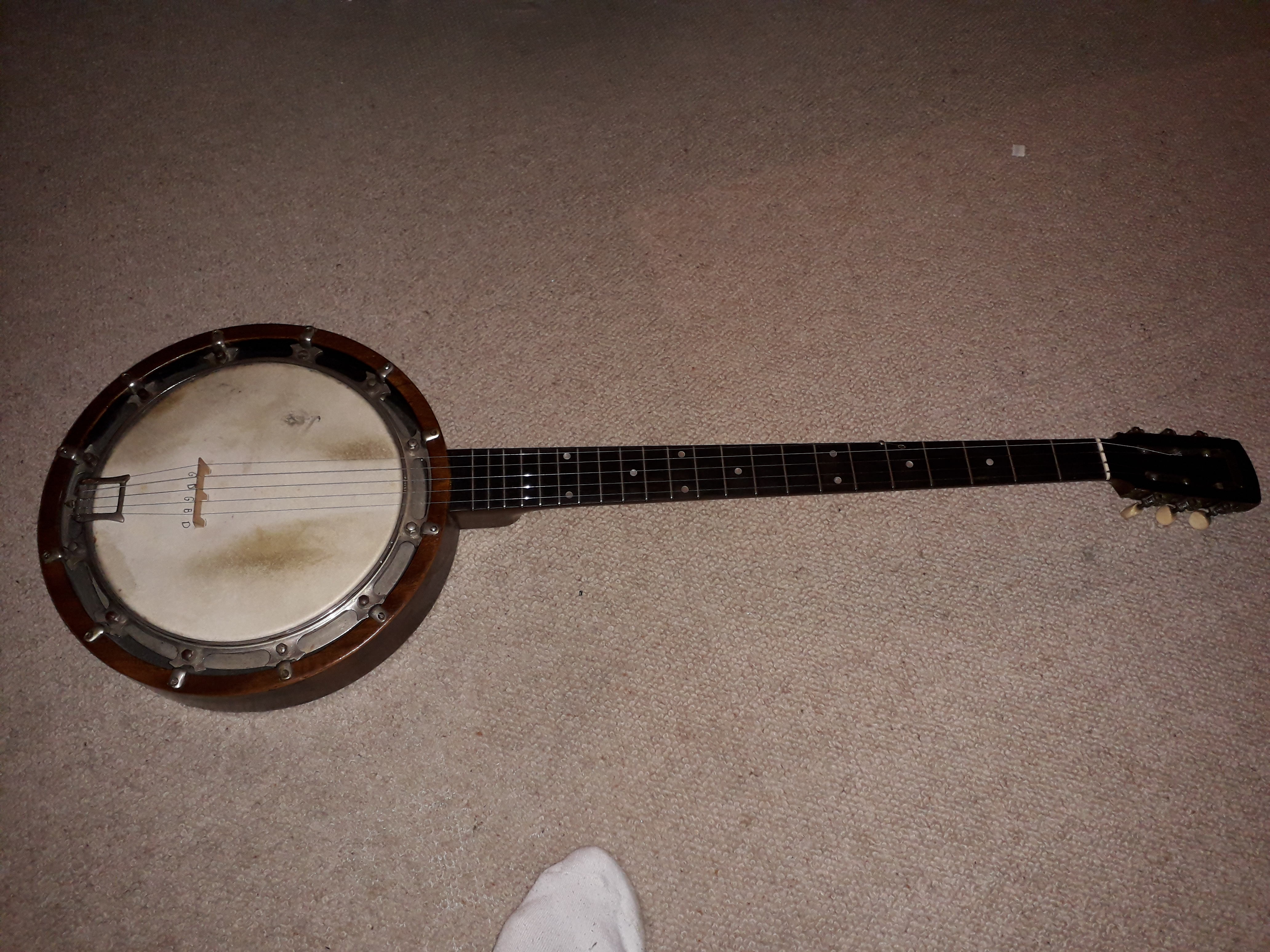 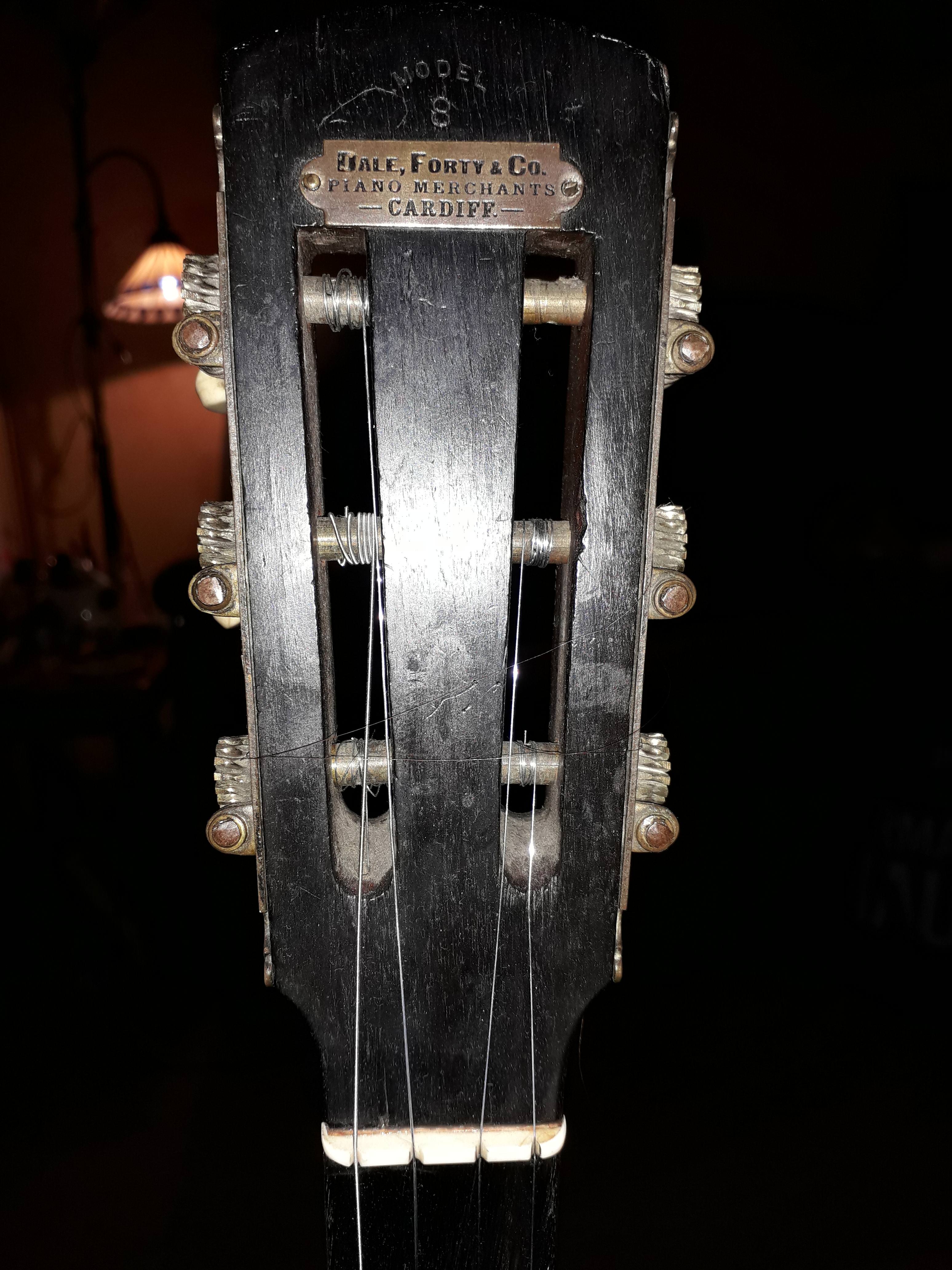 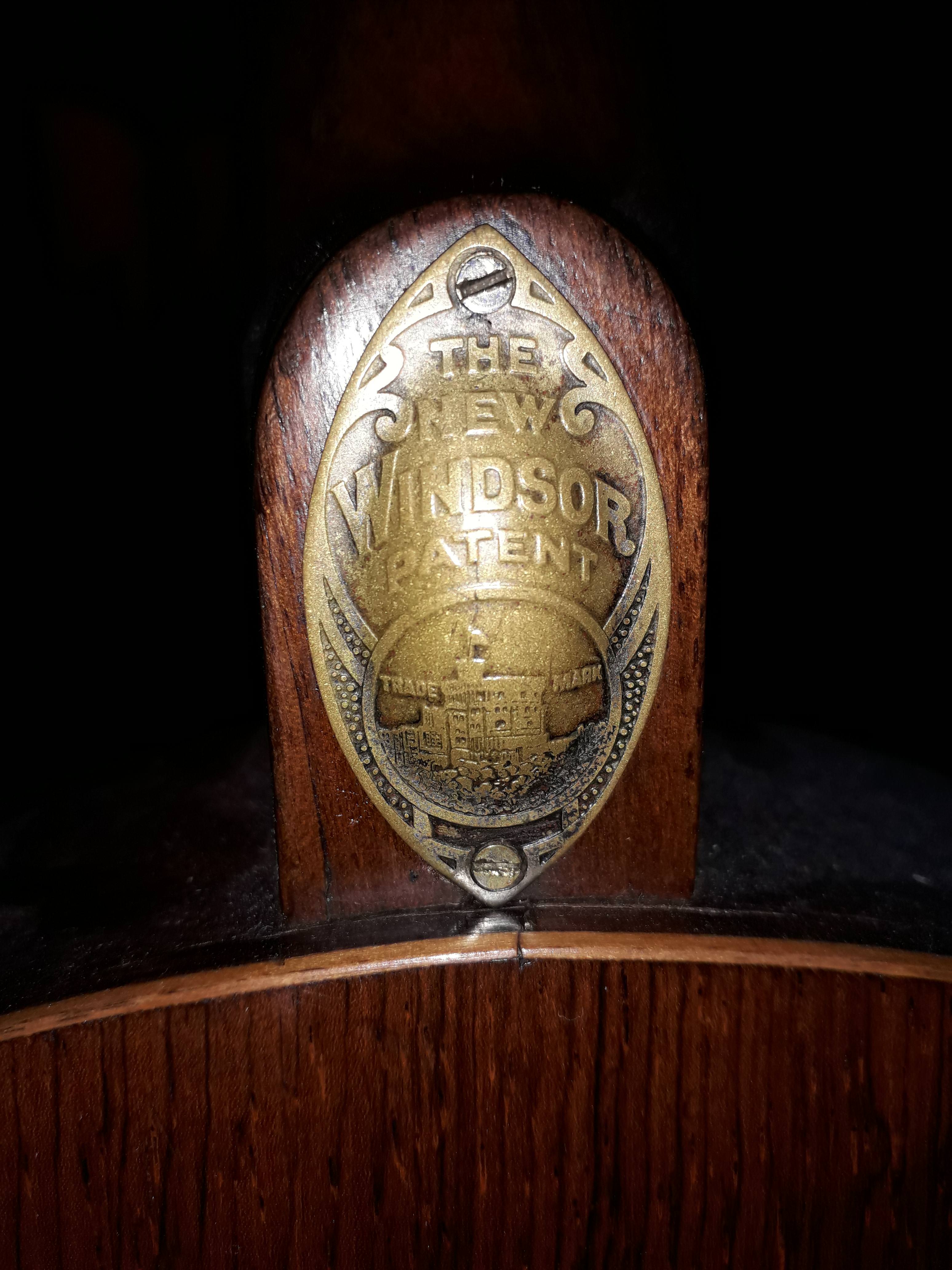 Yep its a 5 string banjo but with 6 tuners. Its reckoned to be over 100 years old ( a bit like our G-Popz then.,..arf!)
"One pound of middle cut pork leg joint,
Stew my foot and call me Brenda".
Top

The lowest string bursts into existence part way down the neck.
Resistance isn't futile it's V / I.
Top

Is that a hole in the left side headstock slot where the string disappears?
Chris

They sometimes have a machine head on the 5th fret instead of that cunning hole. 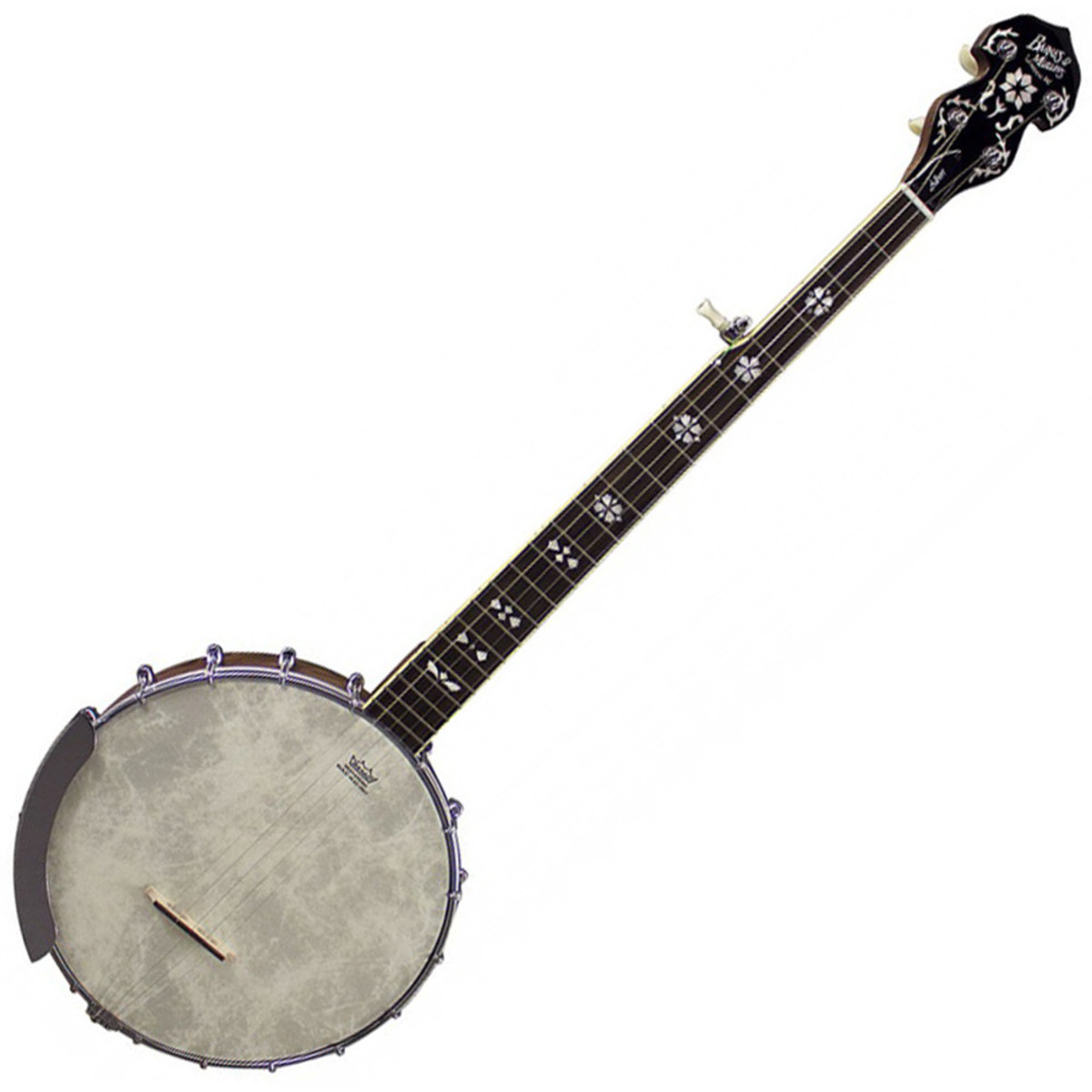 It must be a bugger to string that cunningly strung string.
Chris

Some may, depends on what way you're acknowledging 'string existence' I suppose!

But in the instance of this banjo the string leaves the bridge/tailpiece as usual (one of five) but disappears (from existence!) into a tunnel (no really) bored into the neck at the 5th fret and emerges though another hole at the headstock to engage with the tuning peg in 1st position on the headstock. Yes, it was great fun to re-string it. Ball ended banjo strings don't fit I found out, you have to tie them into position on the tail piece, not easy.

At the 5th fret there's a tiny screw set into the fingerboard that locates and provides relief and break angle for the string to pass over the 5th fret position. It's tuned to the same pitch as the highest pitch string (1st on a guitar) fretted at the 5th fret.

Its one of the things that really 'throws' a player of conventional stringed guitars/basses/ukes like me. Eg, you play the 5th string thinking it's the lowest pitch and end up fretting notes on the 4th string below the 5th fret position but no pitch changes occur! Its a weird but fun feeling. Its taking some getting used to but great fun discovering how sounds are made on it.

I think its called a New Windsor 'Zither Banjo'. The fella who gave it to me is a good banjo player himself and a terrible electric guitar player! He has a gorgeous Jap Ibanez banjo, he's had that since we 1st gigged together in 1984. I'd been playing bass for ~6 months.... We played as a duet in folk clubs, him on acoustic guitar and Banjo and me playing fretless lekky bass. It was an acquired taste perhaps at the time. Of course, thesedays we'd be multi-millionaire geniuses and have babes restringing daft instruments for us and brewing beer and restoring our crap rusty bikes and motorcycles...

Did I mention its fun to play? Its bluddy loud too.
"One pound of middle cut pork leg joint,
Stew my foot and call me Brenda".
Top

Glad you put a clean sock on for that pic Dave!
Top